Elana Safronsky is a lifestyle writer and managing editor of HGTV.ca

You can probably see this woman’s compound from space, on a satellite heat map. Judith Mackin,the owner of one our first Original Home Tours and a beacon of modern style in the foggy town of Saint John, NB, is waging on. This week she launches the website for her upcoming contemporarydesign studio, TUCK, and Saint John gets a little cooler.

Offering decor products and services, the studio will focus on Canadian and Scandinavian design with a physical location slated to open in winter of 2012.  The studio hopes to incorporate works by internationally acclaimed homegrown talent such as Brothers Dressler, Jody Racicot / Modern Revision, Anita Modha/ Rollout.ca, Bruce Gray and Toronto’s (and soon to be Vancouver’s — shhh!) own GUS* Modern. 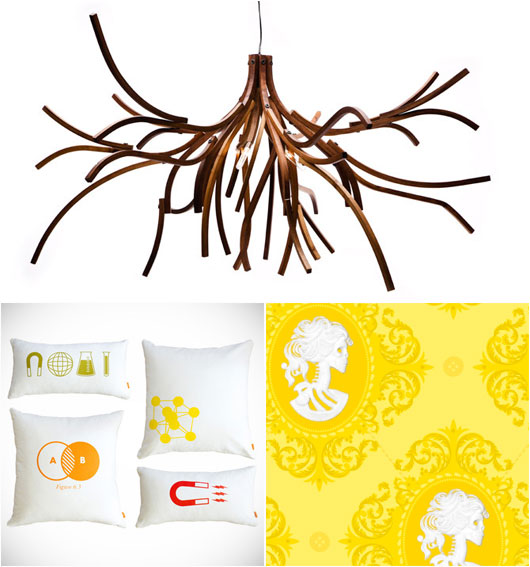 Clockwise from the top: chandelier by Brothers Dressler; skeleton wallpaper by Rollout; throw pillows by GUS*Modern.
More to This Story…

When we met Judith last, we invaded her home for a tour. How did one with such worldly, only-available-on-the-internet decorating tastes get on in the folksy lands of the Maritimes? Very well, we discovered.

Bubbling over with excitement about new designers she discovered on a recent jaunt to Europe (some of which I myself had not heard of at the time), she led me around her 19th-century resto-renovation, a quintessentially Eastern-Canadian home clad in indigo wood siding.

Into the Wild rendering by Acre Architects

To feed her insatiable inner design monster, Judith and Co. have purchased an often-cased but never developed hilltop in the heart of the city, with a view of the Bay of Fundy. The site is breathtaking but presents many challenges to builders, namely in allowing for access of heavy equipment. 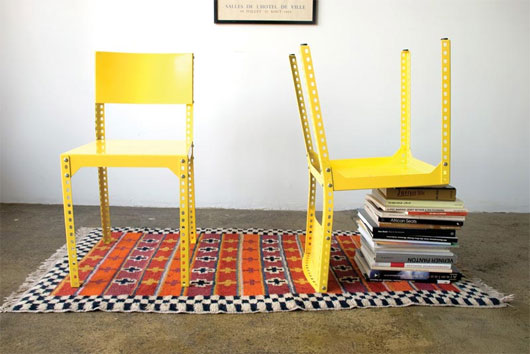 Having teamed up with local firm Acre Architects and one scrapped concept later, the team finally broke ground on what will certainly be a residence of a lifetime: a completely modern compound to be perched on this dramatic hillside, including three bedrooms, several decks and terraces, a green roof, a pool, a separate ‘getaway’ cabin, and Judith’s unique concept design studio,TUCK. The Mackin Campus, as I am officially dubbing it here and now, is under the working title of Into the Wild, and sprawls over 2.3 acres!  We’ll make sure to follow the Mackin Campus as it incarnates — Go Saint John!