Judith Mackin, along with the rest of the Tuck team, has been working from home. Well working from her cottage on the Kingston Peninsula, a rustic Loyalist house (built in 1802) with no shortage of charm. In addition to the day to day operations, Judith has been having a bit of fun decorating using the many products available from Tuck. Today, we’re sharing 7 videos and their accompanying photos featuring 7 local artists we represent.

Continue reading for a strong dose of inspiration, watch the videos for Judith’s decorating tips, explanations on her process, and for information on the products and artwork featured!

“I wanted to talk about the importance of having original art in your home. It elevates the level of your space and you’re keeping the money in your city and within your province.”

First up, Judith used three pieces by Christiana Myers to style her nook next to one of the many fireplaces in her cottage. Christiana Myers is a curator and artist, born of settler ancestry, from Saint John, NB, Canada. She holds a BFA in painting and printmaking from Mount Allison University and an MLitt Curatorial Practice from the Glasgow School of Art/University of Glasgow in Scotland.

Her practice explores human form and function, specifically physical and communication-based limitations. She has exhibited her work in Canada and parts of Europe and has completed residencies at FoFA Gallery in Montreal and the Arteles Centre in Finland.

Next, Judith chose to feature Suzanne Hill‘s series “Private & Personal Rituals”, fitting as many are spend time at home likely doing the activities depicted in each piece such as watching Netflix, drinking, eating, yoga/ meditation, and playing board games.

Suzanne Hill studied Fine Arts at Mount Allison. After graduating, she sold gloves and drapes, drafted telephone systems, and dabbled in what was then called “commercial art”. These experiences provided a great incentive to take a teaching degree from McGill in Art and English, where she was awarded the Lieutenant-Governor’s gold medal. Suzanne, and her husband, Jack, moved to New Brunswick “for just a year or two,” teaching in Saint John. The plan was to return to their home province, Quebec. Some 40 years later they are still here.

From Tuck: Loloi Lucca LF-01 MH Terracotta / Ivory 2’6″ x 7’6″ runner ($290). Also shown is an antique chair that has been passed down between previous owners of Judith’s Kingston Peninsula Cottage.

Next up we have Robert Moore!

Robert Moore teaches American literature at the University of New Brunswick. Born in Hamilton, Ontario, he began his formal life in the arts as an actor, then he wrote some plays, then he wrote some poetry, then he took up painting. Currently, his favourite quote about painting is from John Singer Sargant: “A portrait is a painting with something wrong with the mouth.”

Judith chose to feature Robert’s newest work in their cottage washroom where it coordinates beautifully with the House of Hackney Artemis Wallpaper (also from Tuck, contact us to get samples shipped to your home).

In the same bathroom, Judith showcased pieces by Ryan Livingstone!

Ryan Livingstone was born in New Brunswick and studied craft at NBCCD before moving to Toronto to study printmaking and painting at the OCAD-University where he received a BFA in 2010. He is in love with the process of making and would consider himself to be an artist unbound by medium. He is currently creating sculptures and installations using glass, clay, bronze, aluminum, wax and neon lighting.

Ryan’s artwork has a visual language that has been intensely shaped and influenced by his east-coast heritage as well as urban and rural landscapes. The work often reflects things within the landscape that may fade, crumble, collapse or burn away.

Judith styled her fireplace mantle with one of Ashley Anne Clark’s pieces, Beach Fox #878 ($200), and used that as a jumping off point for the entire mantle. Using objects found in nature paired with new items from Tuck and other local businesses, Judith created a whimsical fireplace setup.

Ashley is a multi-disciplinary artist from Prince Edward Island working with themes of wilderness, animal life and the raw elements of nature. The process plays a strong role in her practice as she often works with diverse materials and natural sources. Ashley works closely to topics relating to landscape and wildlife and its correlation to human kind.

Number six is Pamela Marie Pierce! Judith styled her Gus* Modern Branch Shelving Unit (from Tuck) around 2 of Pamela’s latest works. Coordinating Pamela’s art with muted books and rustic objects such as a decoy duck allows the art to stand out on the shelves.

Pamela Marie Pierce is a multi-disciplinary artist who works primarily in pen and ink, watercolour, and gouache. She considers every illustration a portrait, regardless of how seemingly azoic a subject may appear. She sees the world as a series of lines, and connects those ones she can.

Chris Lloyd’s artistic investigations probe the complexities of contemporary life. His projects manifest themselves in a wide range of mediums, including drawing, painting, printmaking, video, performance, installations and politics. He’s been writing almost daily email to the Prime Minister if Canada since 2001, he’s collected and photographed thousands of found Tim Horton coffee cups, traveled across the country in a performance art alter-ego called Everyday Goalie, create paintings and prints direct from manhole covers and ran against Justin Trudeau in the 2015 federal election.

Artwork: Chris Lloyd City of Saint John Silkscreen Print Gold on White Paper ($100). Like this look but would prefer another city or street name? Chris Lloyd will customize one just for you. Learn more…  Also from Tuck: Umbra Infinity Photo Display ($24).

LATEST POST: In case you missed it, check out our last blog, How to: Style a Bar Cart 5 Ways, in which Judith demonstrates some creative, outside the box ways to style and use a Bar Cart! 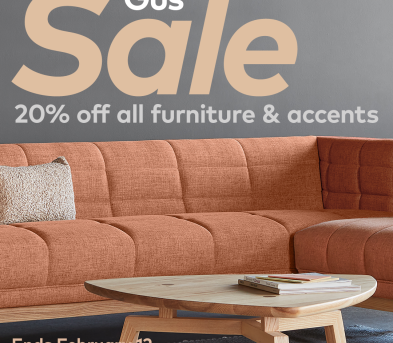 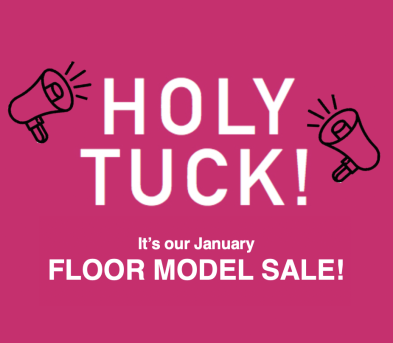 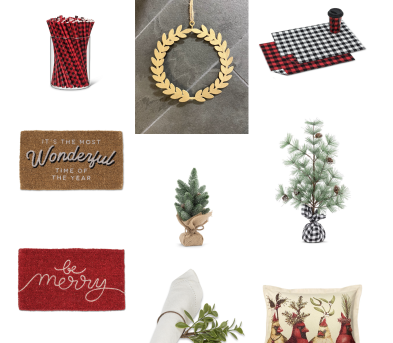