Seriously though, who doesn’t love tacos?  So when we were given the opportunity to add our own design flavour to the newest addition to Market Square, Toro Taco, we picked up our forks, put on our bibs, and dug in.

Toro Taco is the brainchild of Peter Stoddart and Jesse Vergen!  This takeaway offers fresh tacos, burritos, salads and rice bowls using unique, chef-influenced recipes, replete with fresh ingredients, inspired sauces, and more.  Additionally, Toro Taco has plenty of options for vegetarians and vegans. (As the vegetarian owner of Tuck says, “It’s one place where they actually honour vegetarians, not punish us!”) Located in Saint John’s Market Square next to its sister company, Barred Rock, Toro Taco immediately became a popular food destination in the heart of Saint John.

Having worked with Pete and Jesse in the past at the Saint John Ale House (See: SJAH Extreme Makeover Before & After, The Oh! Room, and our most recent collaboration, Design of Thrones) and Jesse’s own home with his wife Kimberly , we knew that this project was going to be a blast! 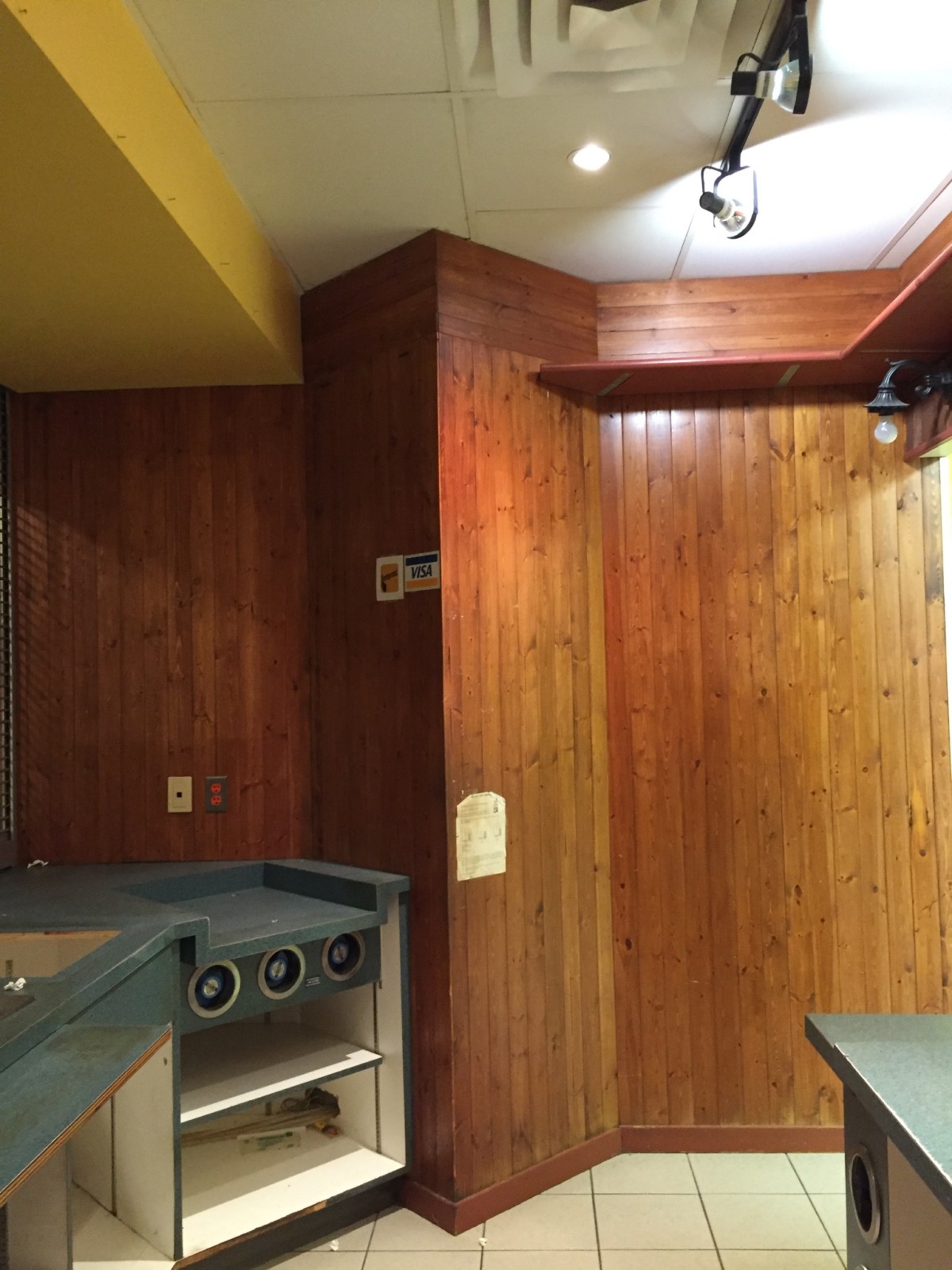 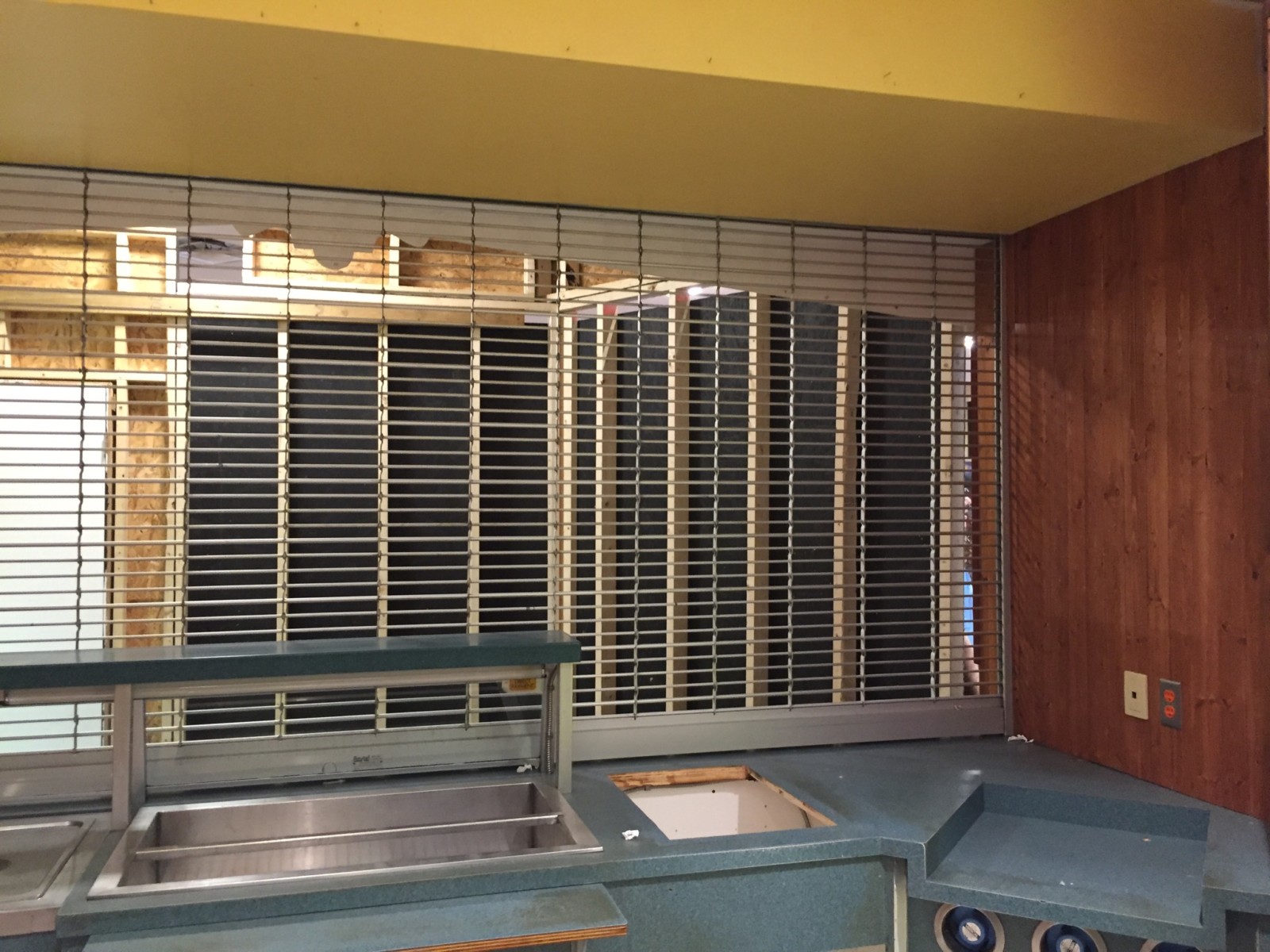 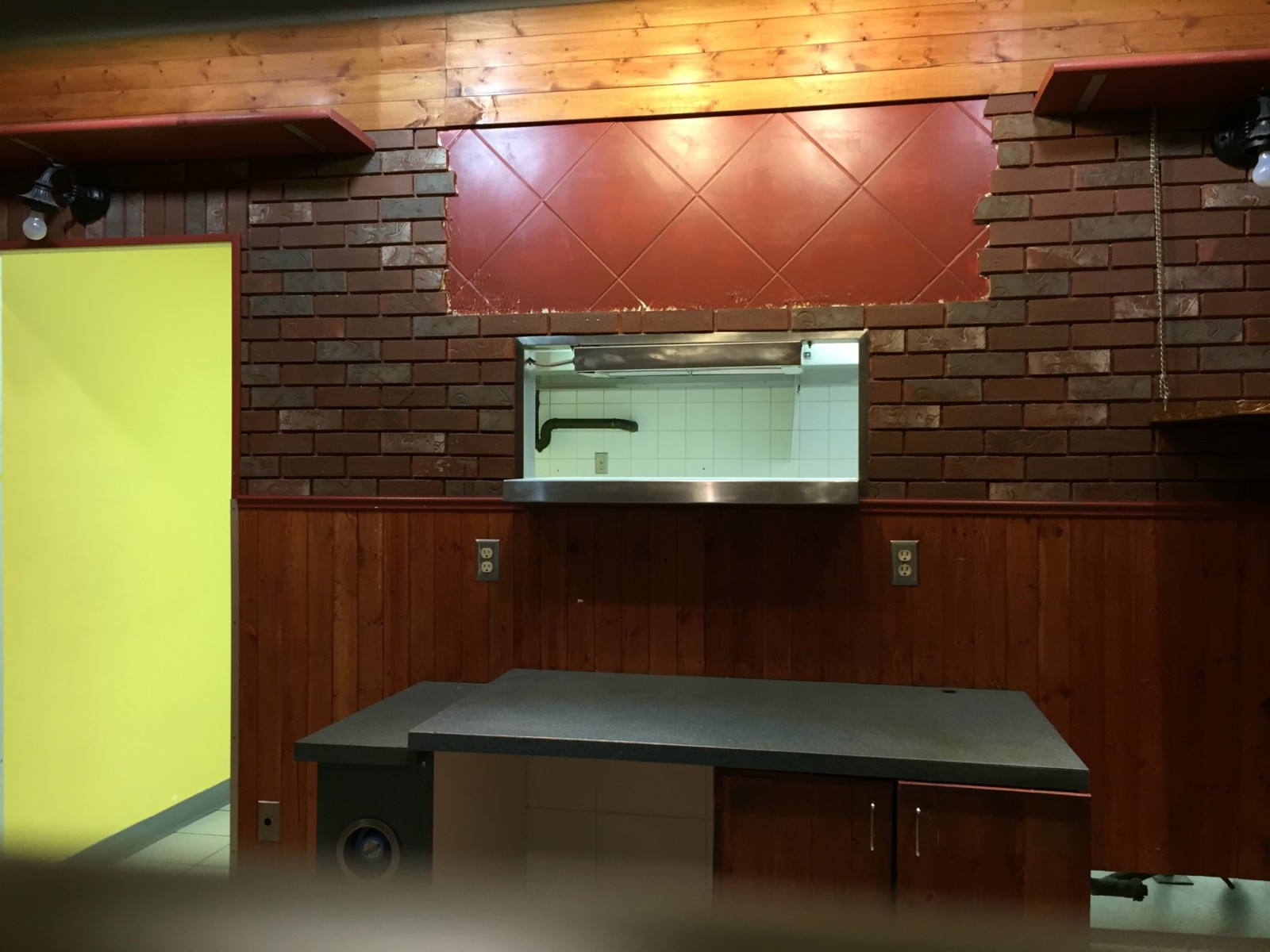 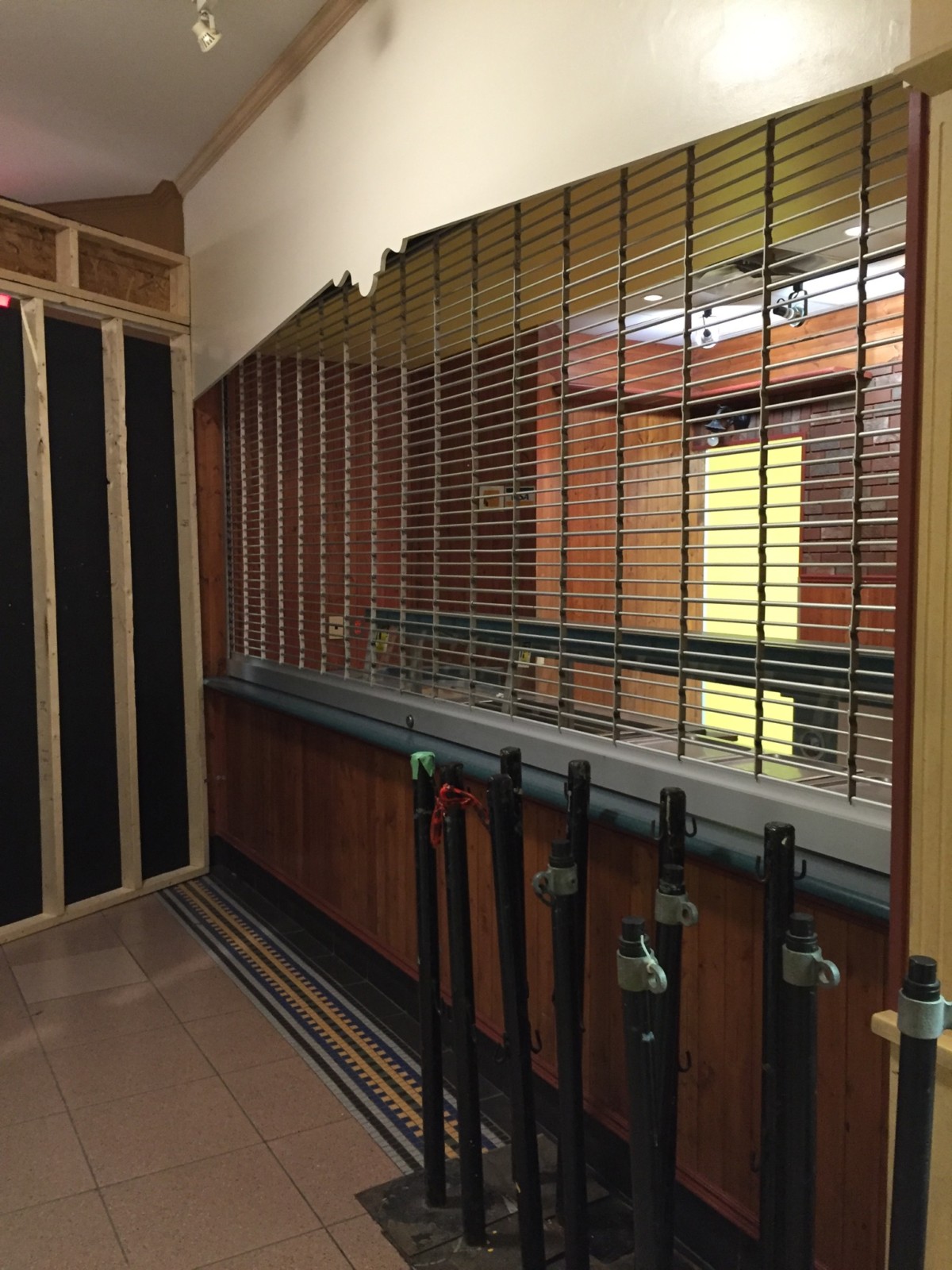 THANK YOU AND ACCOLADES

(all photos by Kelly Lawson)

Organic elements were used throughout for both inspiration and visual integrity. With the amount of fresh and locally sourced ingredients used, it was only fitting that the design should mirror the business. 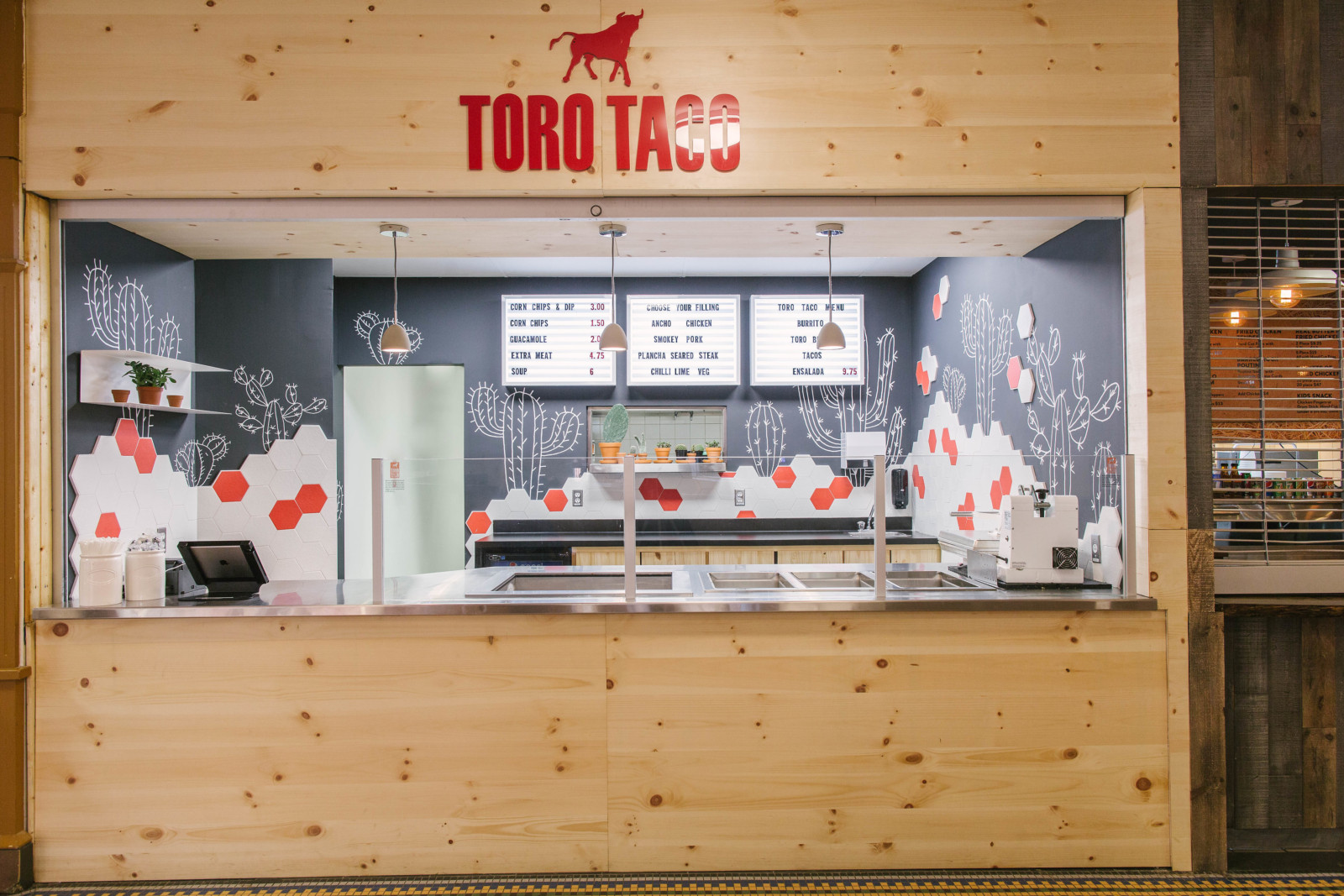 The face of Toro Taco was covered in with a knotted pine board and Ceragres Hexa Porcelain wall tiles were installed to mimic the shape of mountains. Pops of colour were added to individual tiles by painting them Benjamin Moore Bulls Eye Red. 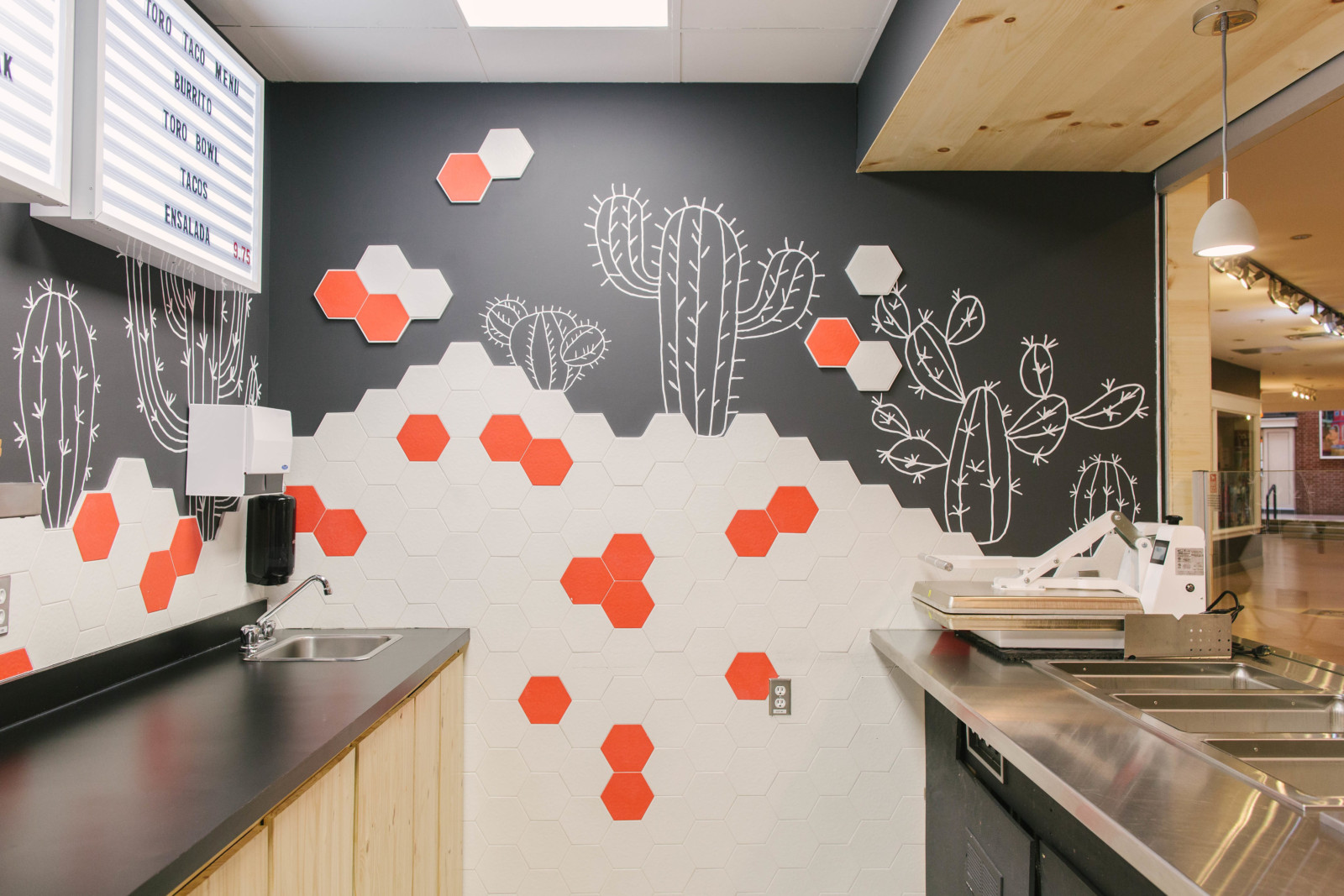 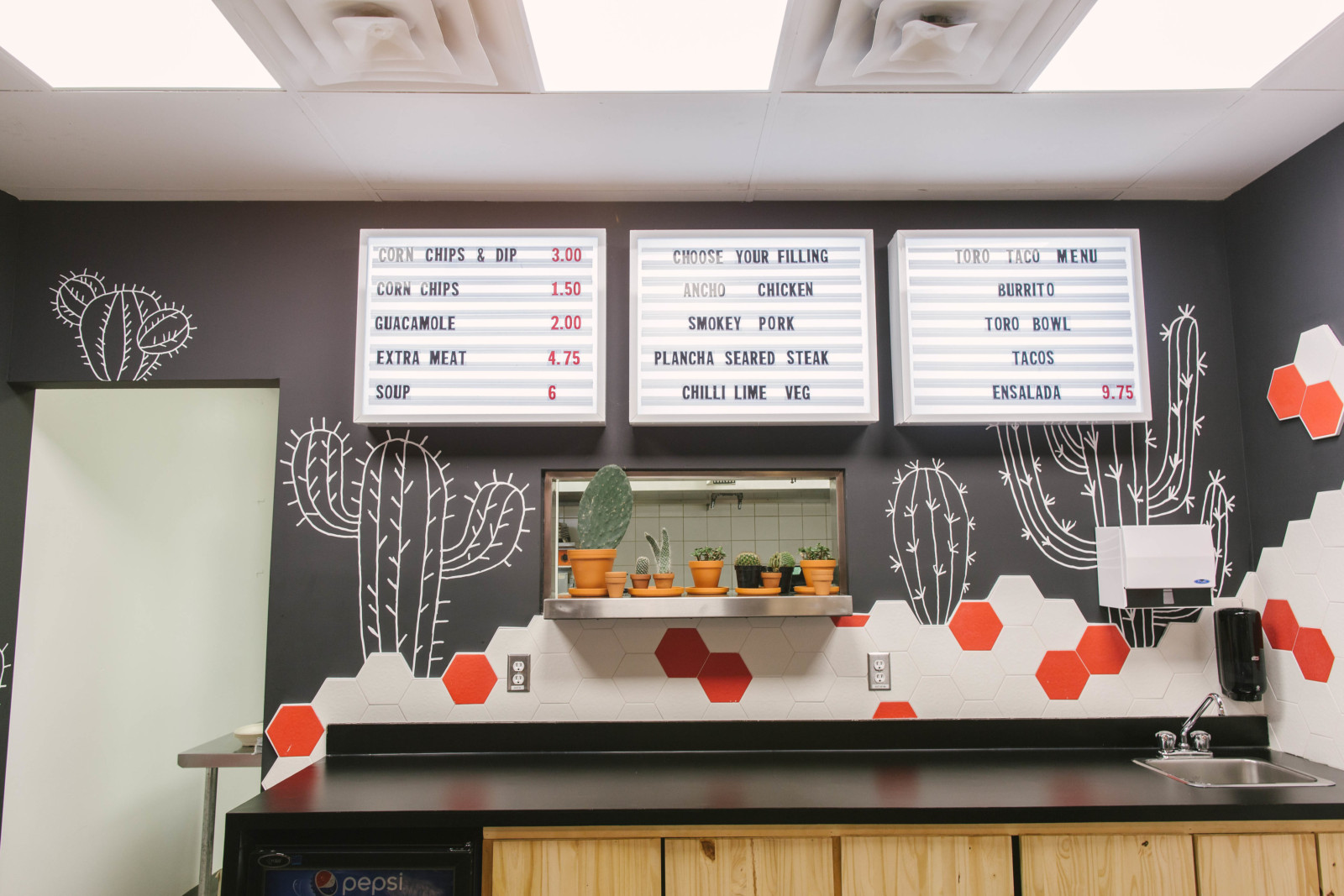 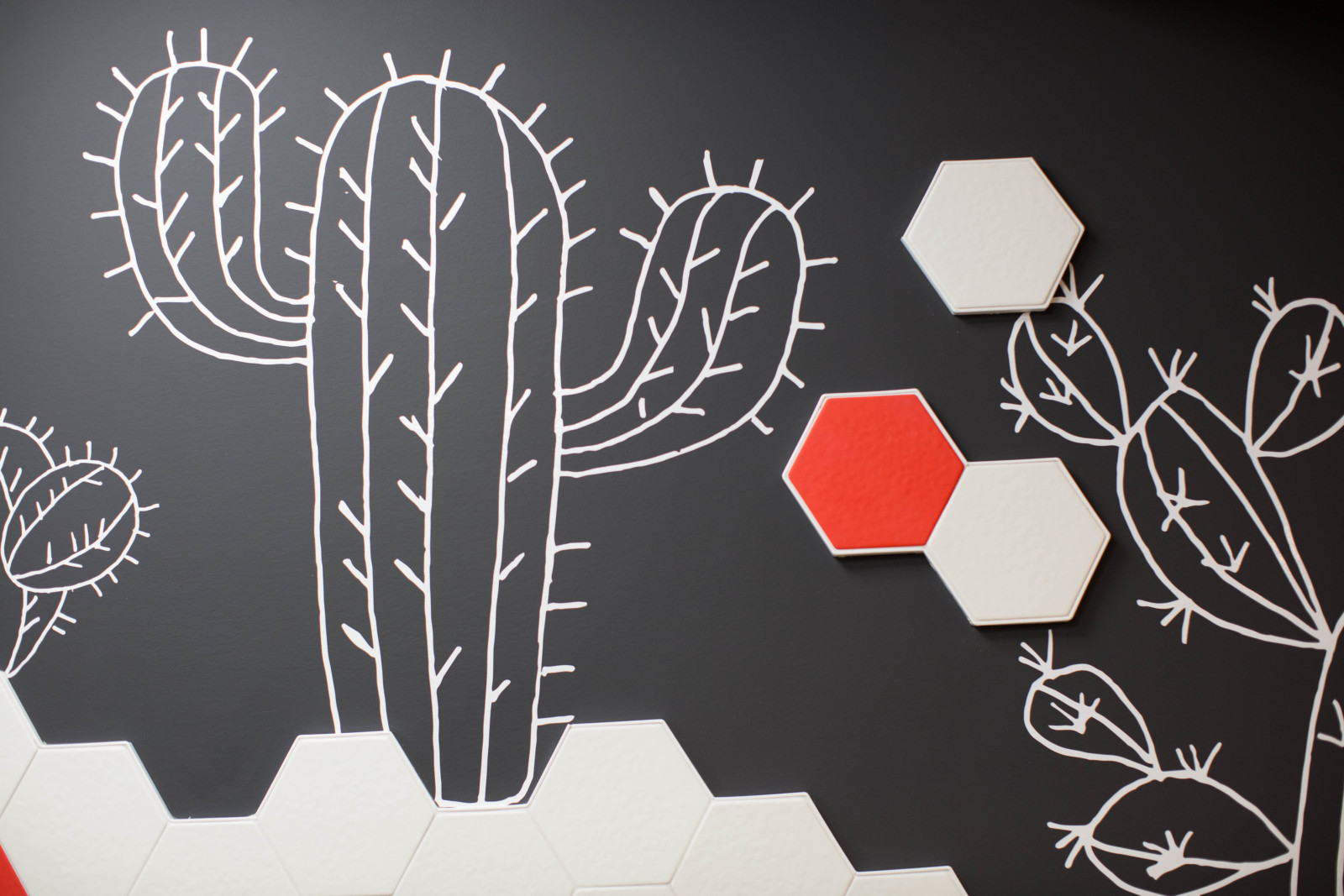 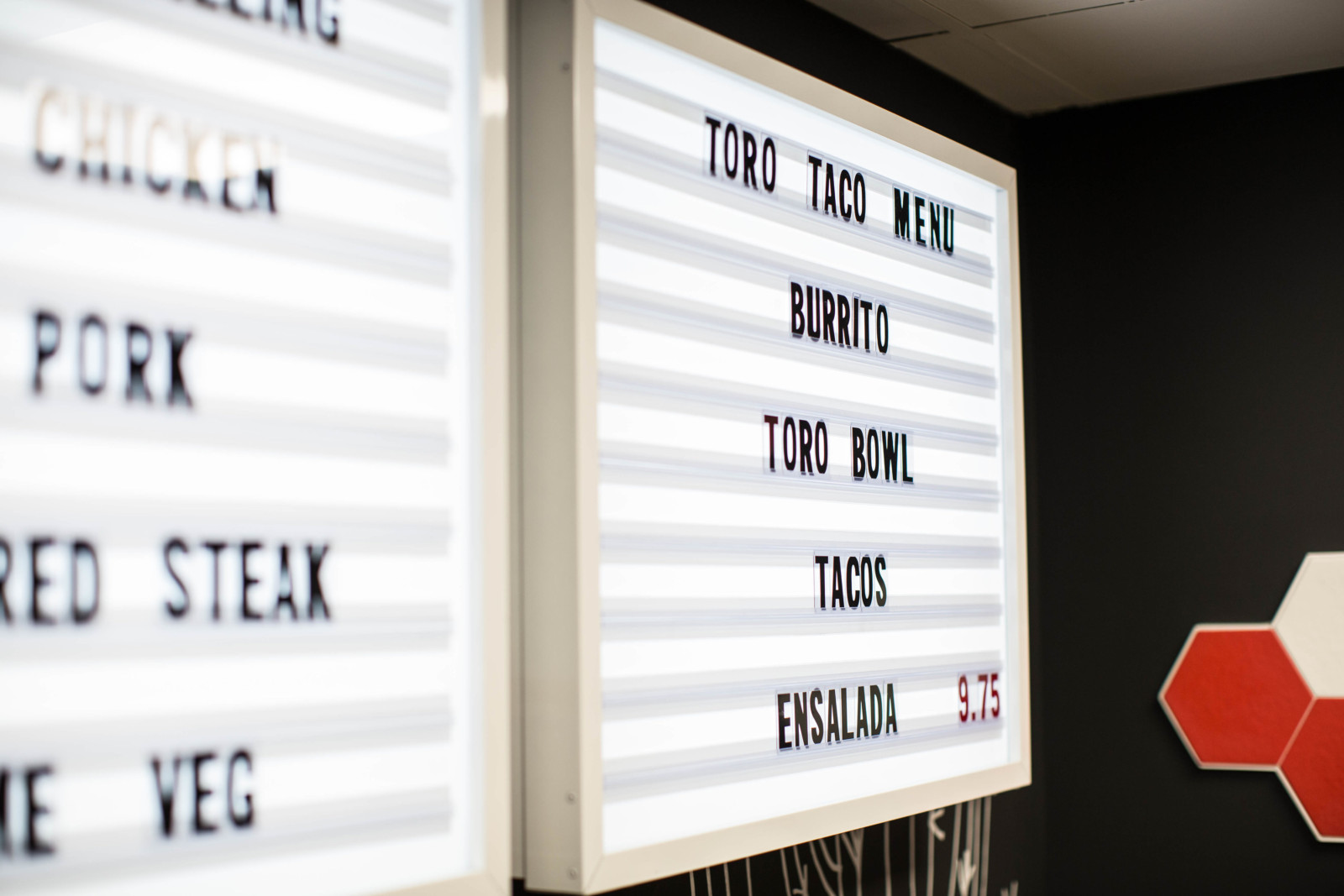 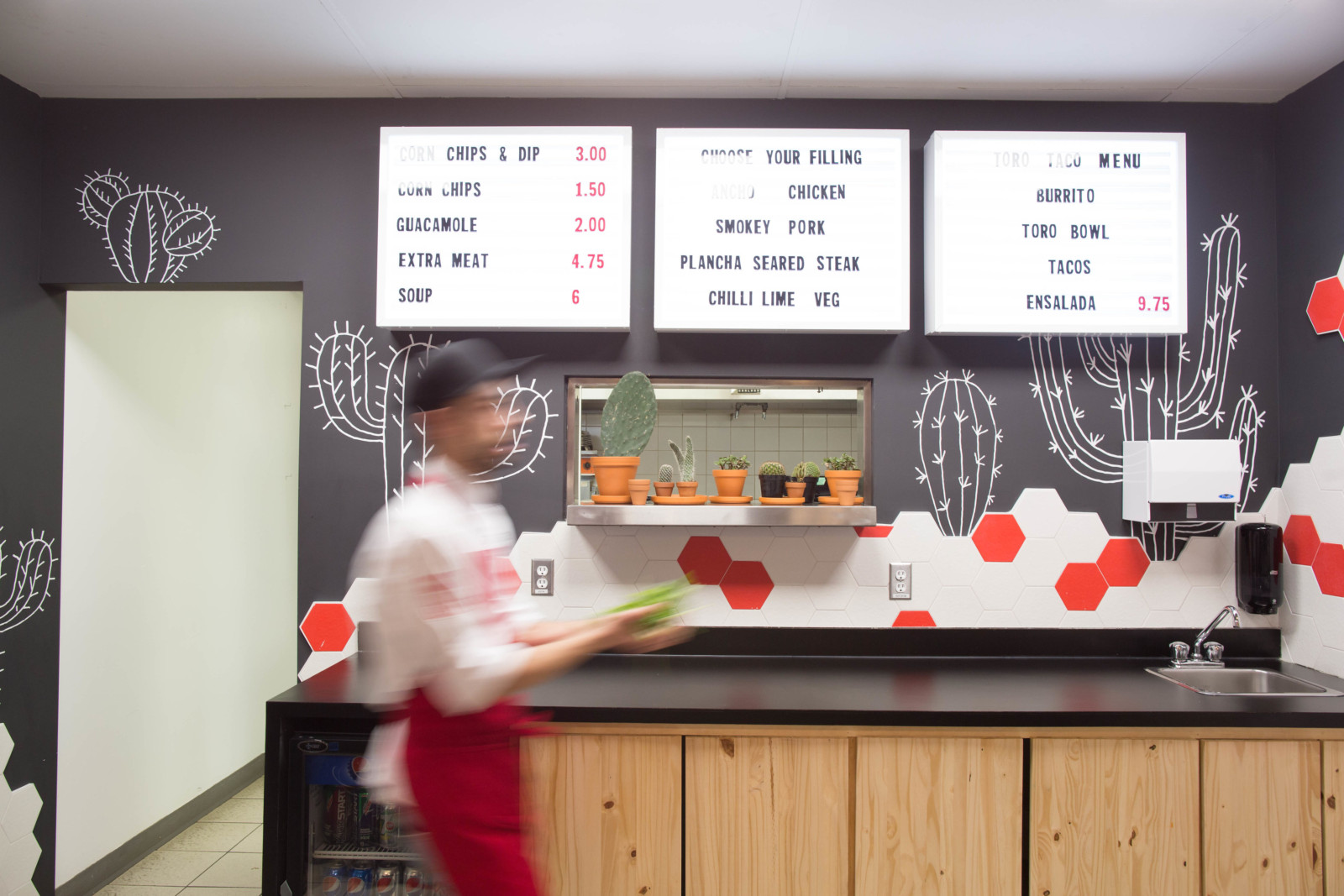 EQ3 Pendants were hung above the food preparation station to add soft lighting and a touch of industrial material. Pendants available through Tuck. 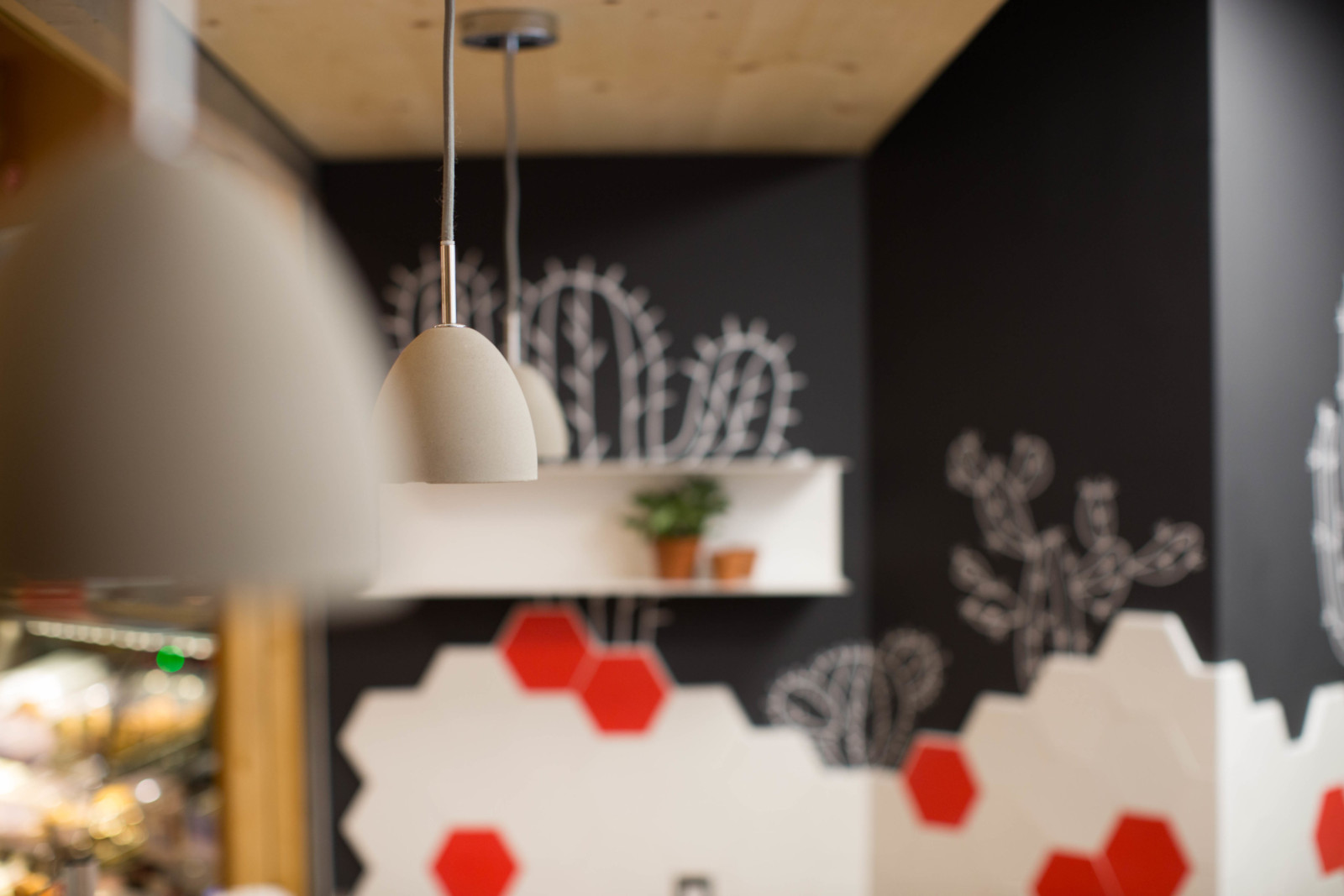 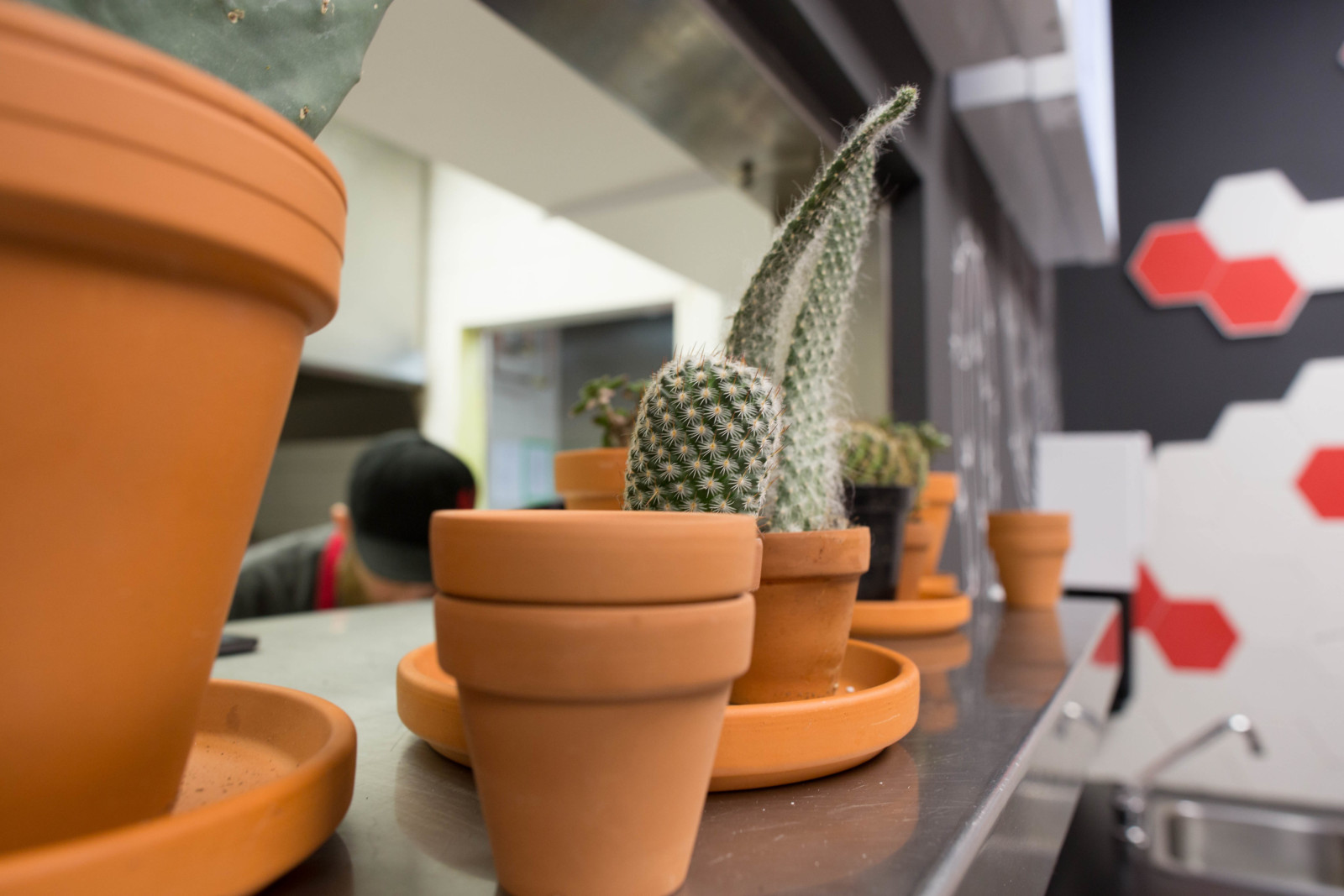 The design would not be complete without plenty of cactus plants! 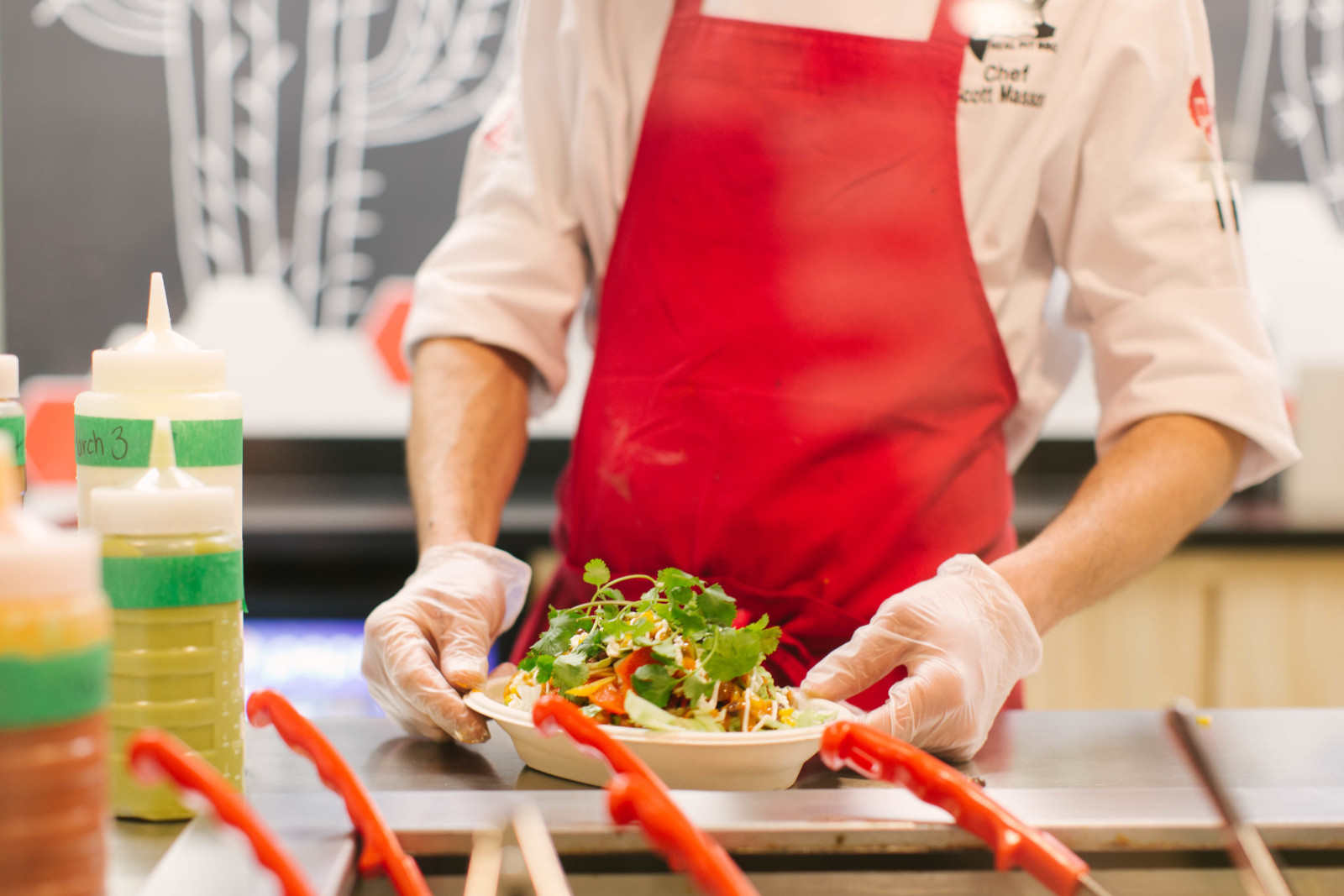 THANKS FOR READING! KEEP IN TOUCH!