Back in 2001 I met Montreal businessman Stephen Yaffe who had ties to Saint John.  He responded to an advertisement I placed in the paper I co-owned at that time,’here‘ (who says advertising doesn’t work!).  He eventually hired me to help him brand and market a condo/loft project he was undertaking in a defunct school on Richmond street in the city centre.  In addition he wanted interior design advice with respect to the layout, furnishings and art placement for the lofts.

Stephen Yaffe began by building a model loft for viewing purposes.  The notion of a model loft is nothing new to the city now, but you have to remember that in 2001 Yaffe was introducing a brand new concept.  Above is the outside of the school going through significant change as we prepare for the loft to be designed.

The former school’s hallways show great promise as the main public spaces for the project.  The ultimate plan was to include private security, an on-site fitness centre, 10 to 12 foot ceilings, and floor plans ranging from 700 to 1100 square feet.  Large storage units came with each loft along with extra storage in the building’s lower levels.

Above, you can see the ‘loft’ taking shape with bright industrial-style windows.

An artist’s rendering of the exterior of Richmond Lofts.

the final layout for the model loft:

Another view of the kitchen, dining area.

Overview of the living room, complete with feature wall fireplace, accompanied by a Suzanne Hill painting.

Looking back now, almost 10 years after the fact, I appreciate more than ever what a pioneer and a visionary Yaffe was in bringing this project to Saint John.  Sadly, a month prior to the project launch in October 2001 the horrific terrorist attacks on America took place.  This had an enormous impact on the economy and within a year Stephen Yaffe decided to sell the building.  Happily the Richmond Lofts story ends well:  the building is now being used as a Teen Resource Centre, and I gained a wonderful friend, mentor, and business partner, as Stephen eventually came in as the fourth partner of ‘here’ newspaper!  I learned a lot about contemporary design working on this project.  What I find most satisfying about this design work is how well it’s aged:  it’s still sleek, contemporary and relevant. 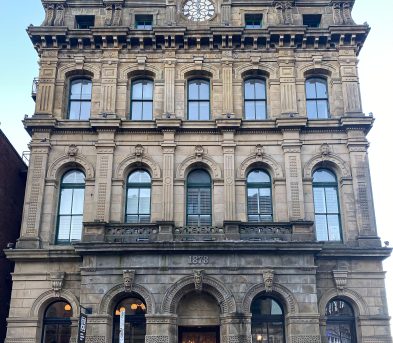 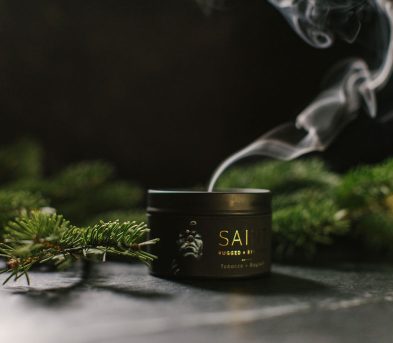 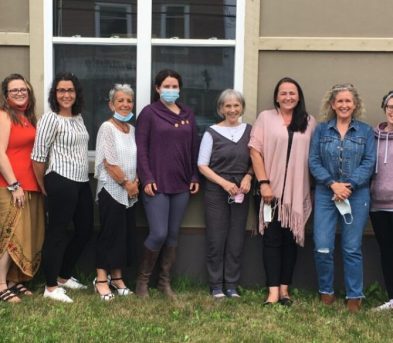